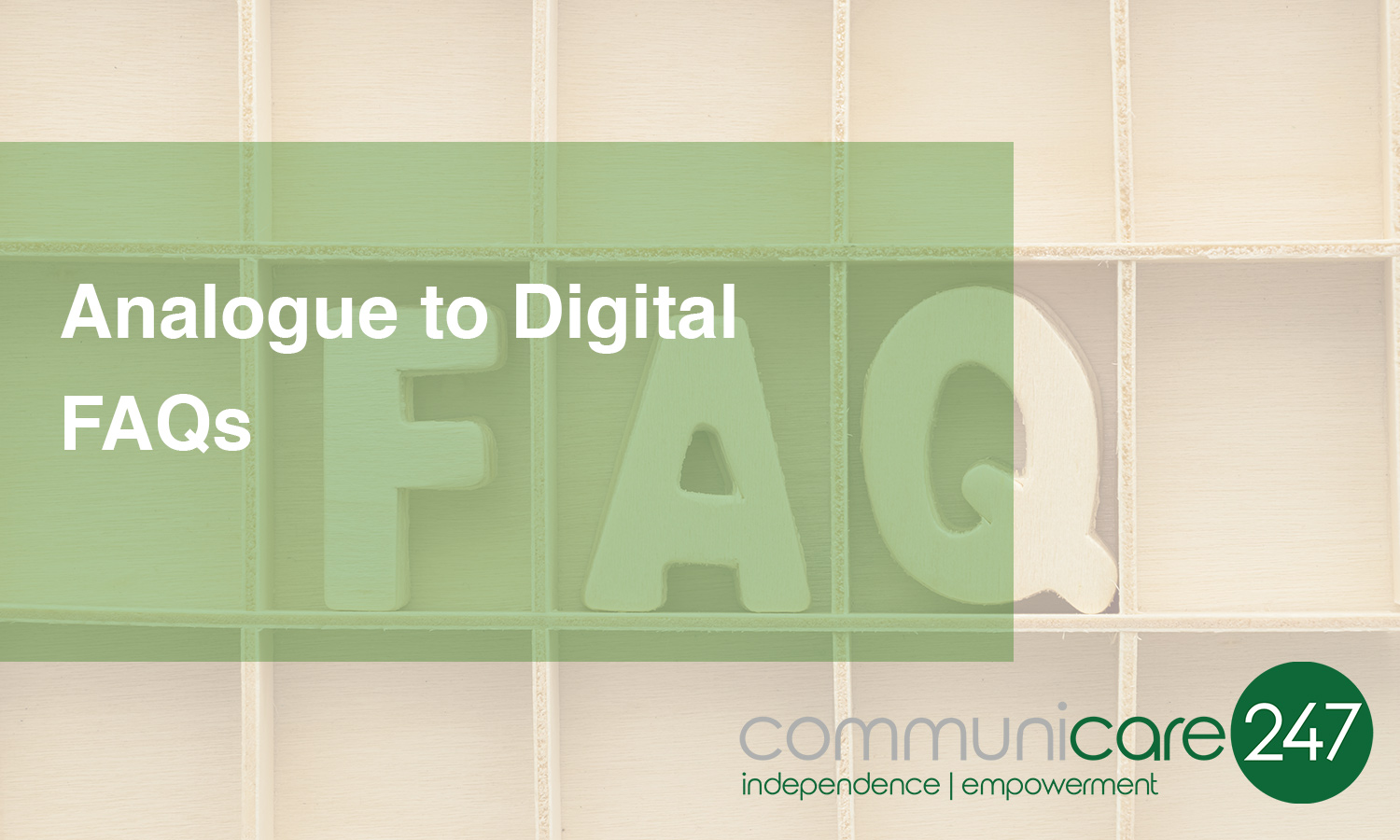 We know that the analogue systems will cease in 2025 but could you confirm the exact date please?

No. There is no precise date published and the OfCom site only confirm “by 2025”. The 2025 date is an absolute date for completion, it is not a date upon which the analogue change-over is effected to digital. Each provider has its own dates and schedule – see the link above. In reality, the core BT network system (managed by Openreach) operates an IP Core – previously known as BT21CN – and a number of it’s exchanges are already upgraded, so technically, switching is well underway. BT has also confirmed that it will not take any further orders for analogue lines from 2021 and others are operating to earlier schedules.

We presume that there are a number of companies who will be carrying out the ‘switch over’ and wonder if they all work in the same way.

The above is also true for the majority of alternative network service providers (eg Virgin and Talk-Talk etc) who have already upgraded their infrastructure to full-fibre digital systems.

For example, can we expect that the analogue system carry on working right up until the digital system is fully installed?

Regrettably no. Analogue systems are in essence rendered obsolete and indeed, some vendors will cease supplying analogue equipment in 2020.  This is due to the signalling issued by the analogue device.  An analogue signal, transferred over an analogue network, received by an analogue receiver (within the alarm monitoring centre) is perfectly capable of performing normally. However, no network provider can guarantee a fully analogue signal path due to the mixed infrastructure which now exists. Consequently, there is a very real probability that the alarm signal is ‘corrupted’ en-route to the Alarm Centre. This manifests in the Alarm Receiver system not being able to interpret the signal in order to recognise it as an alarm call.  This incidence of “call failure” is increasing.  Some systems have automatic retry capabilities which means that the device will make further attempts to redial. Some suppliers are advocating use of “terminal adaptors” which will convert signals at the box in your home, this is NOT recommended because the signal path cannot be guaranteed, and both the Swedish Government and Scottish Government advice is to avoid this at all costs.

Will there be a guarantee (on both software and hardware) in place following installation?

Yes. All equipment is supplied fully guaranteed and with 24 hour and 365 day support. Our SLA is unsurpassed with a full 2 hour service resumption guarantee and 99.998% service availability.

Can you estimate how long would it take to do the ‘switch over’ in an apartment of, say, 40 apartments?

On the assumption that this is a standard telecare system, then the install time is approx 1 hour per property. We will also conduct group or individual training while in attendance.

Will running costs be more/less than the current analogue system?

We would need to understand the full requirements first.  However, digital service packages are comparable to current analogue market systems.